Some of the most innovative models in fintech we’ve seen have come out of our Africa portfolio, such as the way Pula advanced embedded finance by bundling crop insurance with the seed bought by small farmers. This year, it seems the rest of the world noticed. Right now, Africa is one of the world’s hottest venture markets.

In the last six months, four of our Africa portfolio companies (FlutterWave, FairMoney, MaxAB and Lidya) together raised more than $250 million – that’s more than the total raised by all technology companies in Africa five years ago. In 2021, AfricaArena predicts VC funding in African startups will top $2.3 billion, compared to $130 million in 2016.

Fintech is leading the growth in Africa, where 5 of 6 unicorns are fintechs. This follows a global trend, where fintech is taking over 25% of all venture funding globally, more than any other sector.

Venture has clearly ballooned across the continent. What we’re seeing is the collision of fast money from global funds and a new wave of innovative fintech models built on top of payment and infrastructure advances made just a few years ago.

Fintech investments and exits tend to cluster around a few segments and a core technology, during a 3-to-5-year window. These funding waves follow the evolution of the technology stack, as each wave lays the foundation for the next. For example, digital lending is only possible with well-developed payment rails.

The first fintech wave in Africa, the companies that built the payments infrastructure, are maturing now. One company, Wave, just closed the largest Series A in Africa, raising $200 million. Interswitch crossed the unicorn mark in 2019 with a big investment from Visa and Paystack, SendWave and DPO Group were acquired at healthy valuations.

We believe that a fair financial system should provide services that are cheap, easy to understand and relevant to people’s lives and back entrepreneurs working towards that vision. We invested in FlutterWave in 2016 to make digital payments more useful to consumers’ by expanding merchants’ ability to accept such payments. Today, more than 300,000 merchants use FlutterWave, propelling it towards unicorn status, with a $170 million Series C earlier this year. 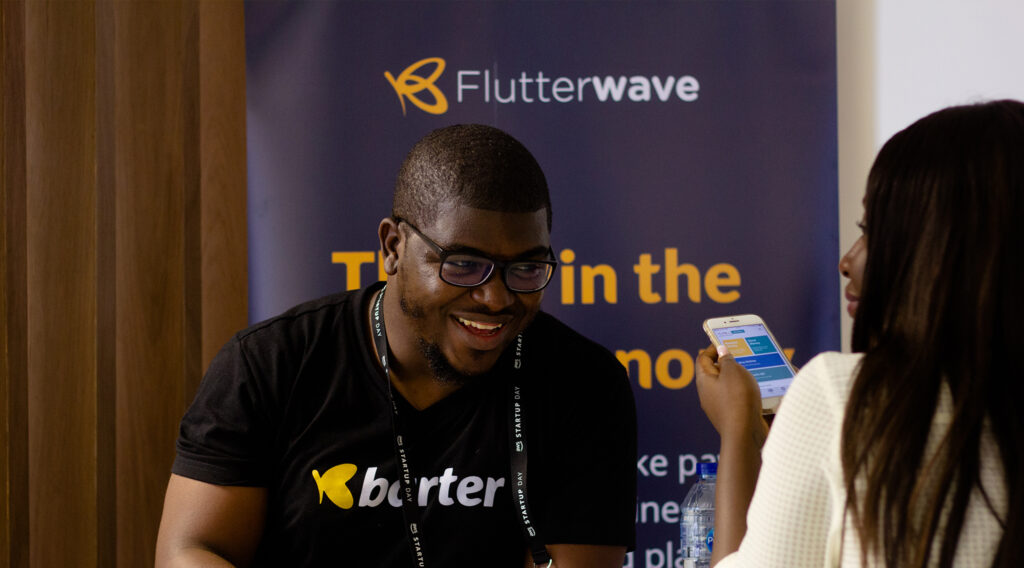 The valuations for these payment infrastructure players are impressive in their own right, but these first-wave startups have done more than raise unprecedented amounts of capital: they have laid the foundation for more innovation along the full fintech stack.

The current wave of fintech activity leverages this payments infrastructure to deliver a variety of services, such as credit and debit. These include Africa’s first digital challenger banks, such as FairMoney, TymeBank, Telda, and Kuda, all of which closed big funding rounds this year. (Note: we invested in FairMoney in 2019, as the Nigerian market is the furthest along in the development of digital neobanks, with South Africa and Egypt close behind).

There are several models of challenger banks that can follow to scale and reach profitability. Globally, the most common are payments-led and credit-led. We believe that a credit-led challenger bank like FairMoney is best positioned to solve the unique issues of the Nigerian market though we see the potential for both models in Africa, depending on the ecosystem and the target customer segment.

In Africa, the next fintech wave will tackle more long-term financial products, such as savings, insurance, and pensions. There are several interconnected reasons these products have not matured yet, ranging from regulatory hurdles to cultural unfamiliarity. We’re betting that challenger banks as well as some of the embedded finance models we discuss below can overcome some of these obstacles to drive adoption.

Cresting beyond that is an embedded finance technology wave. What does that look like? One example is if you are a retailer seeking a small loan to purchase more inventory, who would be your natural lender: your weekly supplier or an unknown fintech? As fintech companies like MaxAB in Egypt, a B2B e-commerce platform connecting food and grocery retailers to suppliers, grow their customer bases, it opens an opportunity for specialized fintech plug-ins like Cassbana and Dayra that underwrite consumer credit.

That’s the promise we see for African fintech platforms and plug-ins, two of the three legs of the embedded finance stool. (The third is plumbing or infrastructure.) Farther on the horizon in Africa is a wave of BaaS (banking-as-a-service) infrastructure providers, a wave that’s cresting now in Europe and the U.S. with Unit, Railsbank, Griffin, and Synctera.

The Competition to Deploy Capital Fast

As these fintech waves are building up, a tsunami of capital is reaching Africa’s shores. Globally, low interest rates are sending investors return hunting. New VC funds are launching and established funds are raising more money than ever. Global venture investments in the first half of 2021 were almost $300 billion, nearly doublethe typical volume over the last decade. Blockbuster exits are returning cash to funds, leaving VCs with more than $150 billion in dry powder to deploy.

And even more capital is flooding into startups, as the line blurs between venture and traditional hedge funds. Globally, venture itself is getting disrupted, led by institutions such as SoftBank and New York-based hedge fund Tiger Global Management, who are bringing their brand of exceptionally fast capital-deployment and lower-price sensitivity to earlier-stage investing.

All of this has created a groundswell of capital to deploy, and investors are finally realizing they have under-invested in Africa. All this foreign capital seeking returns is fueling the next fintech waves emerging in Africa. However, we’re still only seeing well-networked founders from the Big Four geographies (Egypt, Kenya, Nigeria and South Africa) receive funding. Less than 15% of the funded startups in 2020 had women founders, co-founders or C-level executives. Clearly, venture in Africa has a long way to go.

Still, just 12 months ago, it would have been hard to imagine the kind of growth we have seen this year. While there will certainly be volatility in valuations and capital availability — we believe they will center around a new normal which was established this year. This is not a bubble. With population to match India or China, a younger workforce and large underserved segments, Africa has a potential VCs are just now waking up to.

After championing African startups for more than 10 years, our team is excited to see venture taking off in Africa, and fueling the next wave of fintech innovation.